Canadian artist Tom Thomson was born near Claremont, Ontario and grew up in Leith, near Owen Sound. After moving to Toronto, his early career was spent as a commercial artist at Grip Limited, the commercial design firm where he first met J.E.H. MacDonald, Lawren Harris, A.Y. Jackson, Arthur Lismer and others.

By 1911, Thomson was making regular sketching trips to areas north of Toronto. In 1912, he made the first of many trips to Algonquin Park. As well as being an artist, Thomson was an avid outdoorsman, and Algonquin Park soon became his favourite place to paint the landscape. His enthusiasm for its quiet, untouched landscape with its changing moods and bright fall colours inspired other artists to explore the region.

After 1914, Thomson spent most of his time painting in Algonquin, except during the coldest winter months. It was during this period that he produced the bulk of his paintings of this rugged northern landscape. These were important times spent in Algonquin, bringing Thomson and his fellow artists together to exchange ideas, techniques, stories and philosophies, inevitably building strong collegial bonds.

Thomson’s confidence as a painter really developed during these years, encouraged and coached by his peers. Thomson, the man, also found peace. He was seeking freedom from the repressive confines of Victorian family life, and escape from the hustle and bustle of Toronto’s art world, where he never quite fit in. It was in the solitude of Algonquin’s lakes and woods that he came to himself.

‘Northern Lights’ was hand selected by A.J. Casson for reproduction into silkscreen, quite possibly for its subtle reminder of the magic of the great wilderness at night. It was one of only a few night scene paintings ever completed by Thomson, and the original is in the collection of the National Gallery of Canada. Its electricity seems to be a precursor of the abstract nature of Thomson’s short life.

Jackson wrote, “To most people Thomson’s country was a monotonous dreary waste, yet out of one little stretch he found riches undreamed of.  Not knowing all the conventional definitions of beauty, he found it all beautiful: muskeg, burnt and drowned land, log chutes, beaver dams, creeks, wild rivers and placid lakes, wild flowers, northern lights, the flight of wild geese and the changing seasons from spring to summer to autumn.”

Thomson’s brief but prolific career as an artist came to a premature end when he drowned in Canoe Lake in 1917, just three years before the Group of Seven held their first exhibition. His artistic achievement was to remain an inspirational force to other Group members.2 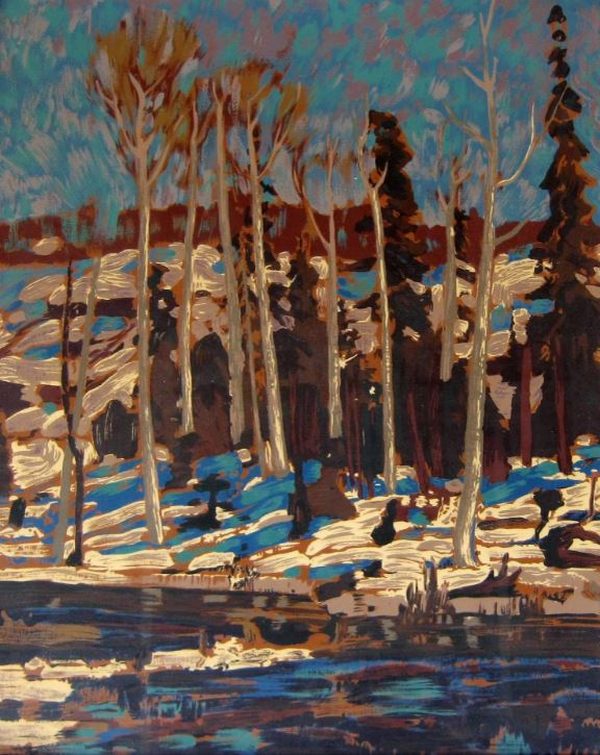 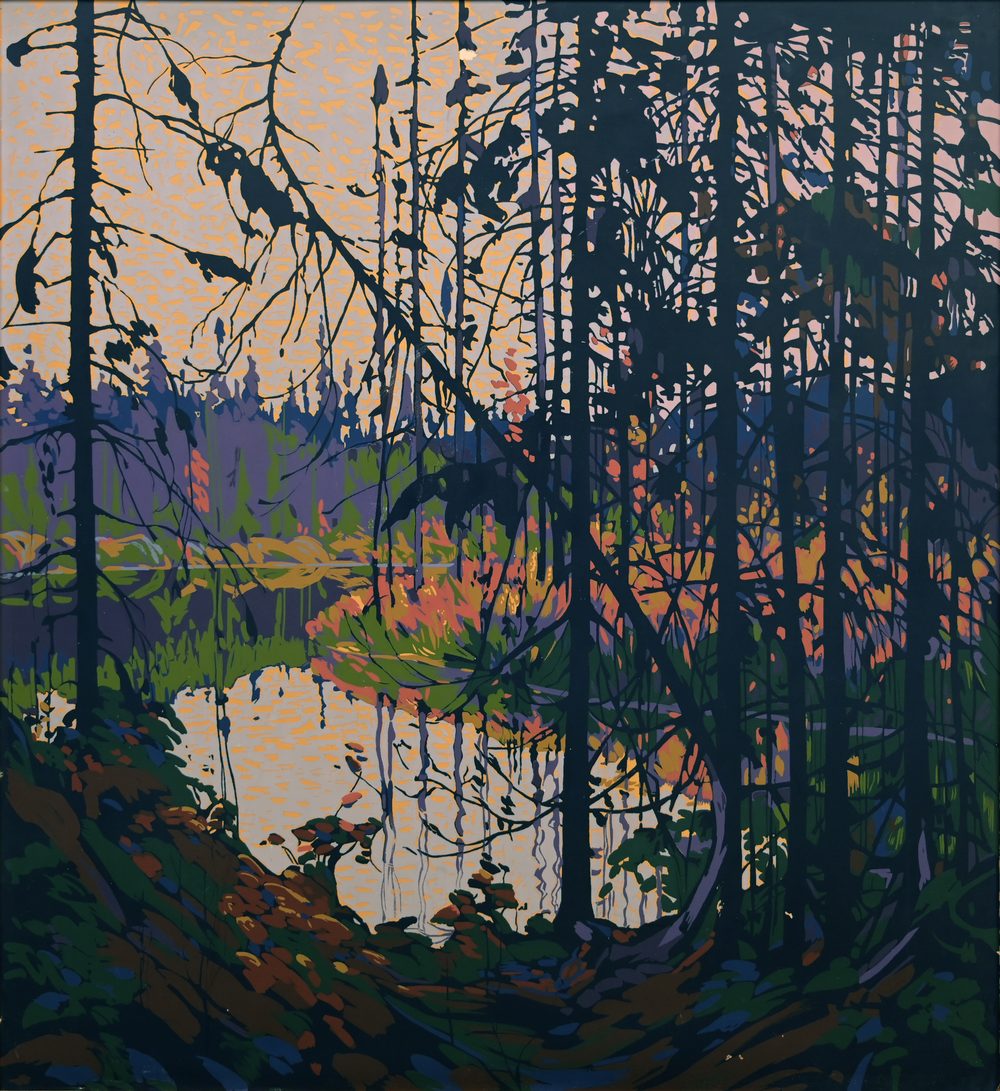 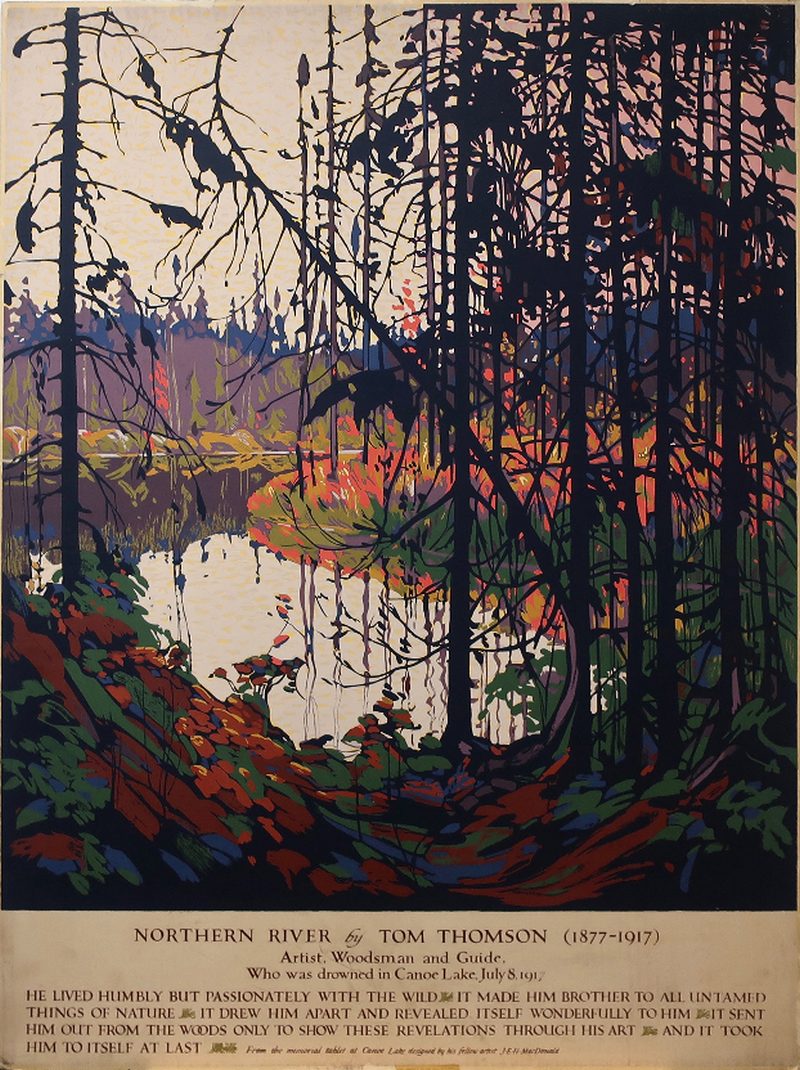 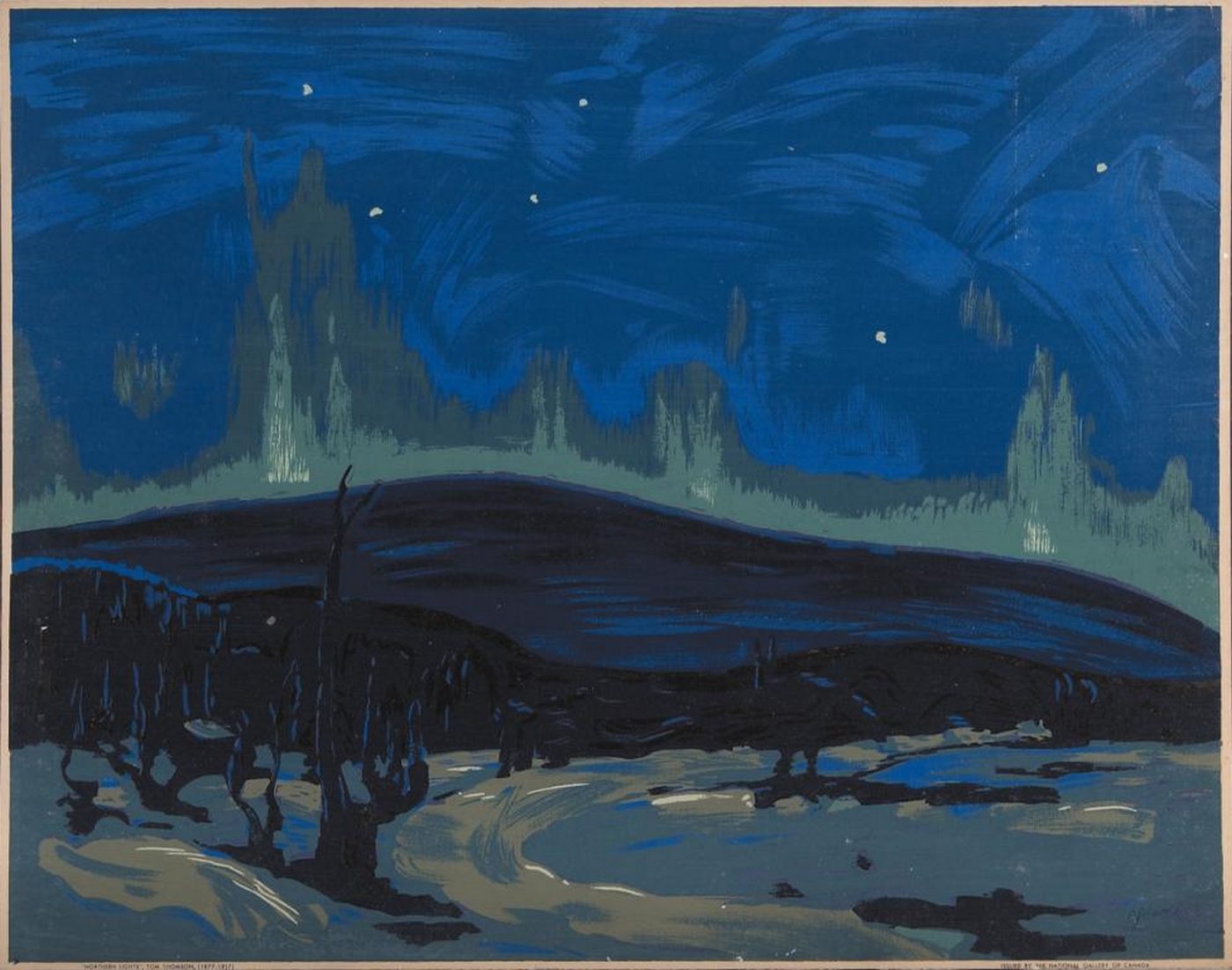