Tom Roberts grew up surrounded by art: both his parents painted and his father ran the Roberts Gallery on Yonge Street in Toronto (founded by Toronto by Tom’s grandfather, Samuel Roberts, in 1842 and still there today). He studied art in Toronto and then worked as a freelance commercial artist while he pursued his painting. He enlisted with the Royal Canadian Engineers in the Second World War, making pencil and watercolor sketches during his spare time. After the war he exhibited widely. His landscapes and scenes of urban and country life in Ontario, Quebec and the Maritimes were popular with the public, as were his four Sampson-Mathews silkscreens.1 Road to the Village – Tom Roberts 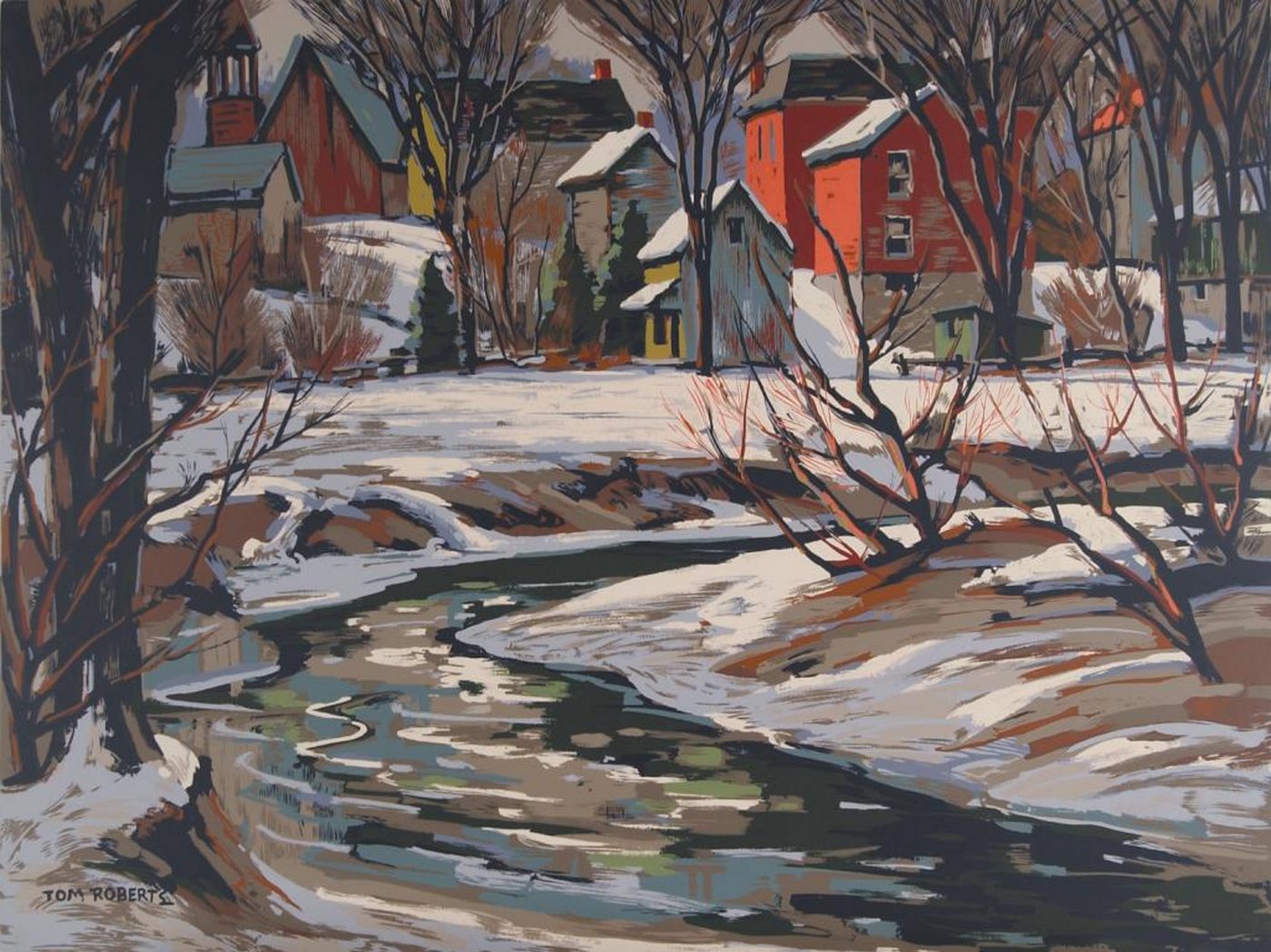 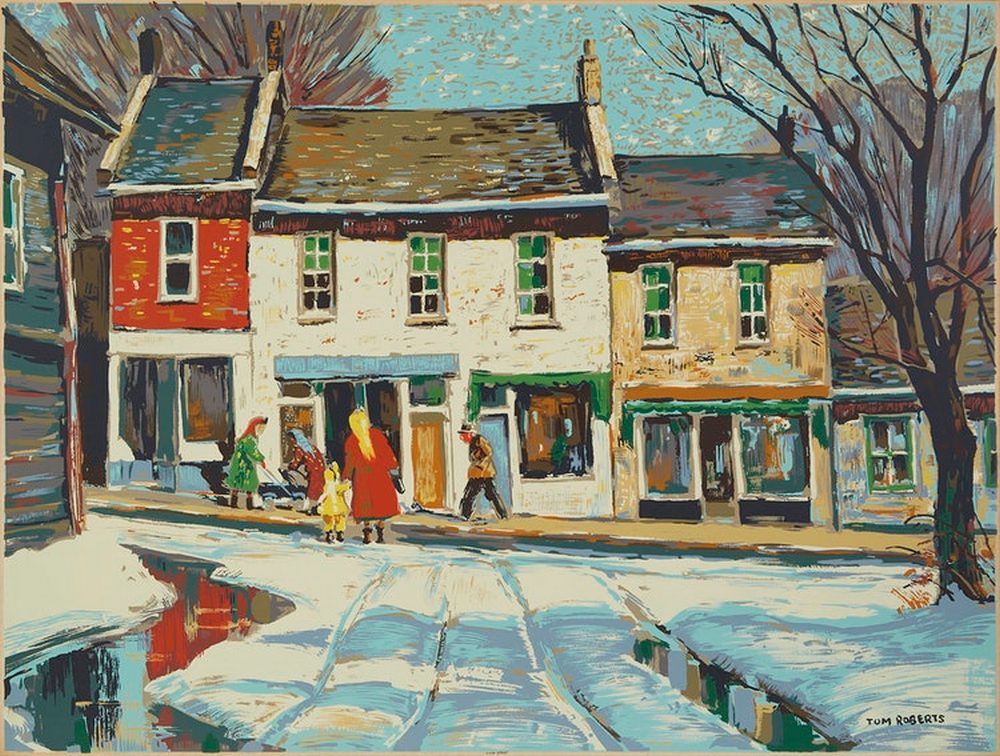 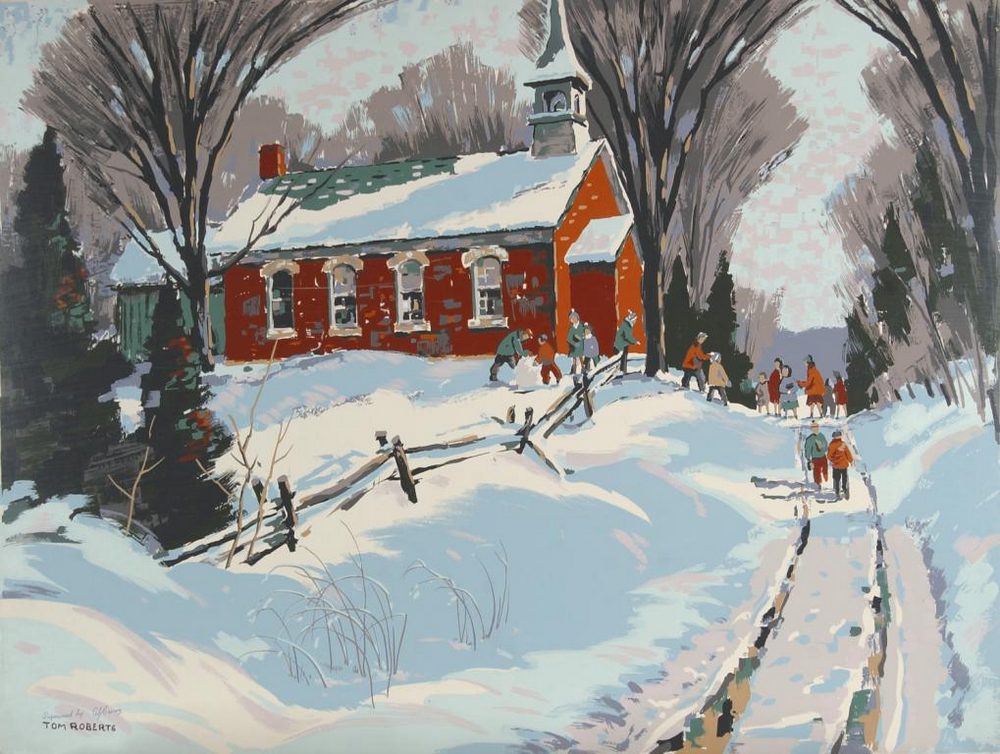 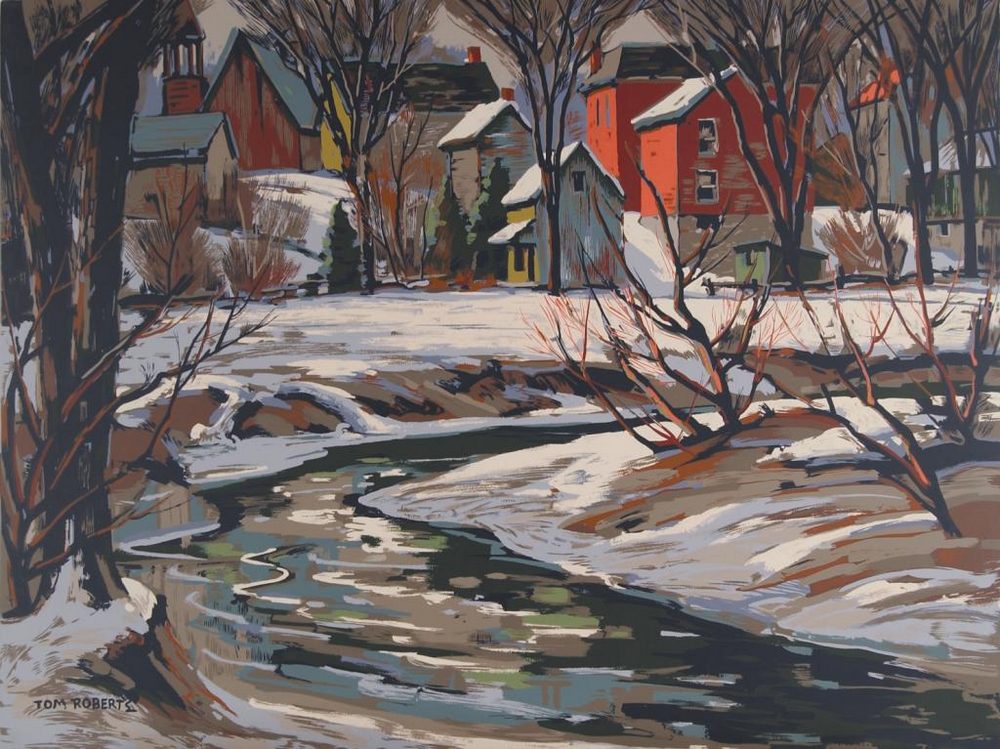