Thorough MacDonald was an illustrator, designer and painter best known for his book illustrations. The only son of Group of Seven member J.E.H. MacDonald, he was born near Toronto, where he was to spend most of his life. From an early age MacDonald was fully immersed in the painting life of his father and that of other Group members. He accompanied his father on sketching trips to Algonquin Park and beyond and spent time with Tom Thomson at the Studio Building in Toronto, after his father moved his studio there in 1914.

A self-taught artist, Thoreau MacDonald began studying under his father in 1921 and by 1922 had successfully submitted his first linoleum cuts to the Canadian Forum; the following year he became the magazine’s art editor as well as a contributing illustrator. He was an active artist for the next 50 years, doing engravings and drawings for some 150 journals and books, from novels and collections of poetry to boys’ adventure stories and politicians’ memoirs.

The strongest influence on Thoreau MacDonald was his father’s art in the Arts and Crafts movement style that imbued it. MacDonald added a particularly Canadian sensibility to this aesthetic, with a strong focus on the simple beauty of nature and rural life.

In many ways Thoreau was the perfect silkscreen designer. An accomplished illustrator, he was also colour blind, a limitation that forced him to work primarily in black and white. It also made him more comfortable with blocks of solid colour used in silkscreens than the subtle gradations found in the works of painters like his father.

MacDonald’s illustrations are marked by their simplicity of line and sincerity of feeling. A profile of the artist in Maclean’s magazine published when he was in his 60s reported that he “still lives on the tree-grit 7 acre MacDonald farm that is like a peaceful island in the tossing sea of suburbia…. On the shady lane leading to the old farmhouse, I suddenly had the illusion that I was not just walking a minute or two from a busy street, but half a century into the past…. Thoreau doesn’t drink or smoke, doesn’t like meat, refuses to drive a car, and dwells on the pleasures of the day when life was ‘industrious not industrial.’”

50 years later, this love of old-fashioned farm life strikes an even deeper cord. No wonder Thoreau MacDonald’s silkscreens like the plow are still amongst the most popular in the Sampson-Mathews catalog. Among other places, they can be seen on the walls of the Library and Archives room in the National Gallery of Canada.1 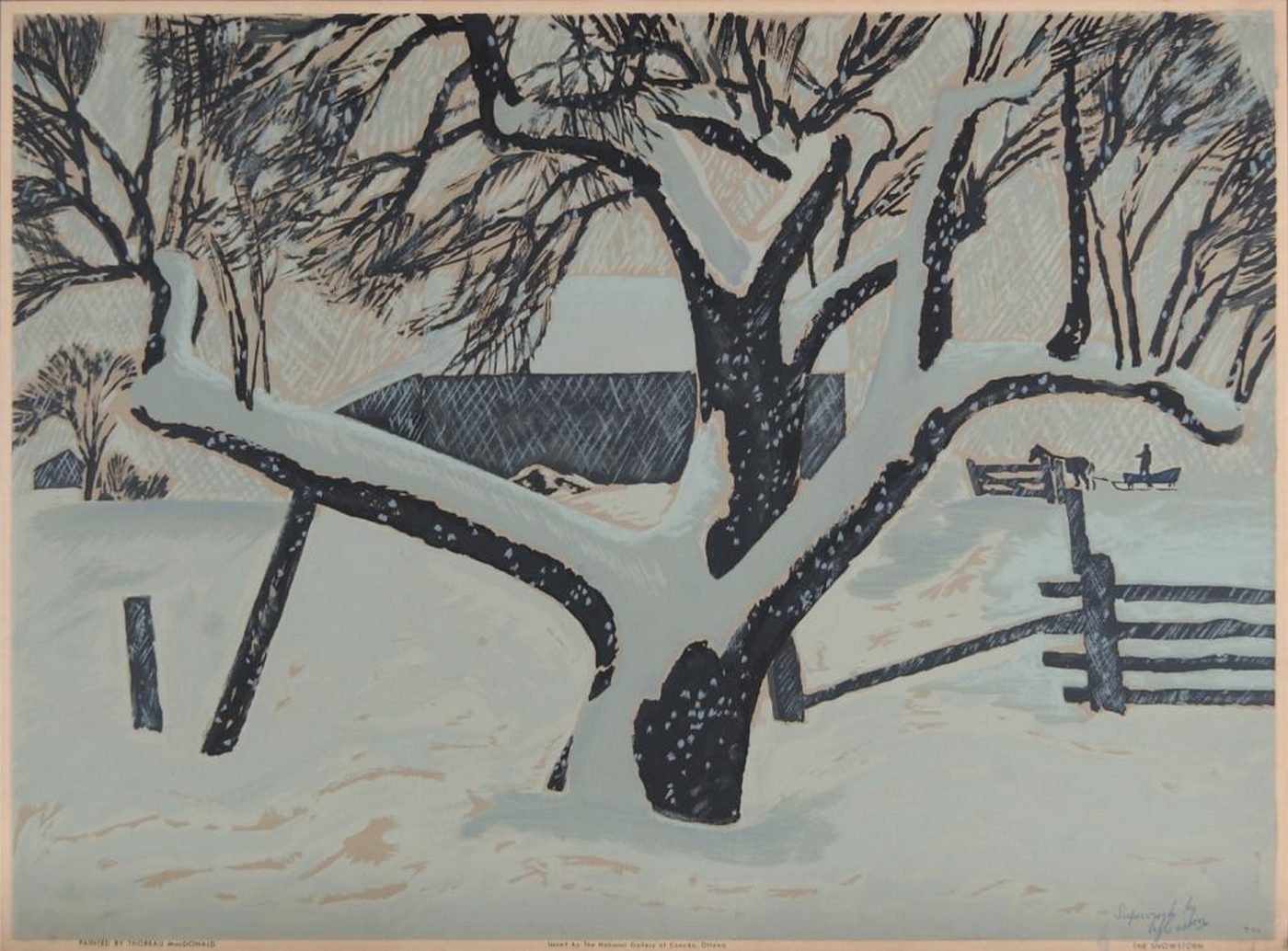 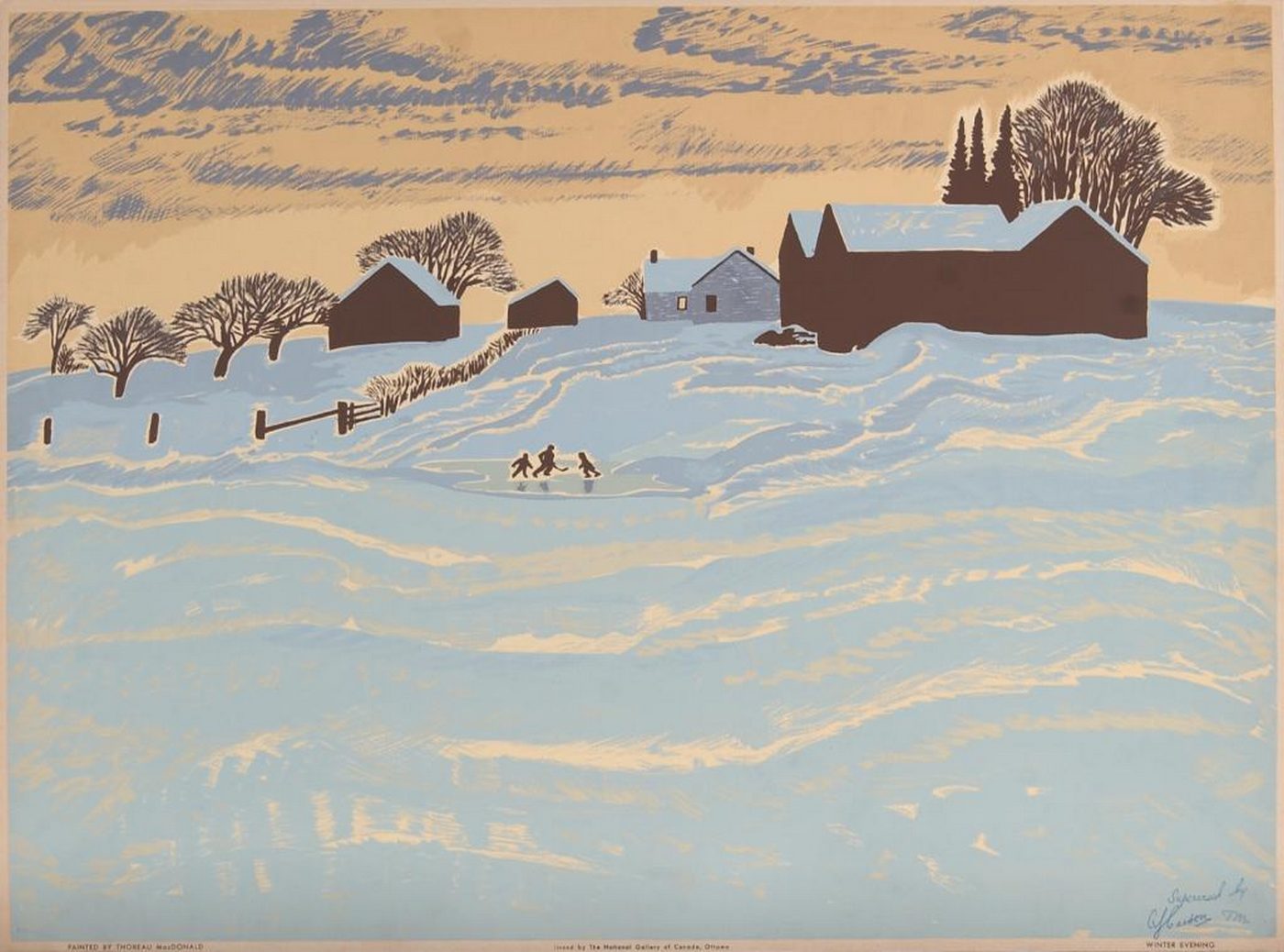