Born in England, Leonard Brooks moved to Canada in 1912. Primarily self-taught as a painter, he was soon actively exhibiting and teaching. He enlisted in the navy in 1943 and became an official war artist, painting many maritime military subjects (his Sampson-Matthews silkscreen Halifax Harbour includes warships, making it one of the few prints to have a military subject). After the war Brooks and his wife, Reva, moved to San Miguel de Allende, Mexico, where they remained for more than half a century. Brooks worked in many media and experimented with abstraction. He was also a popular teacher who wrote a number of books on painting.1 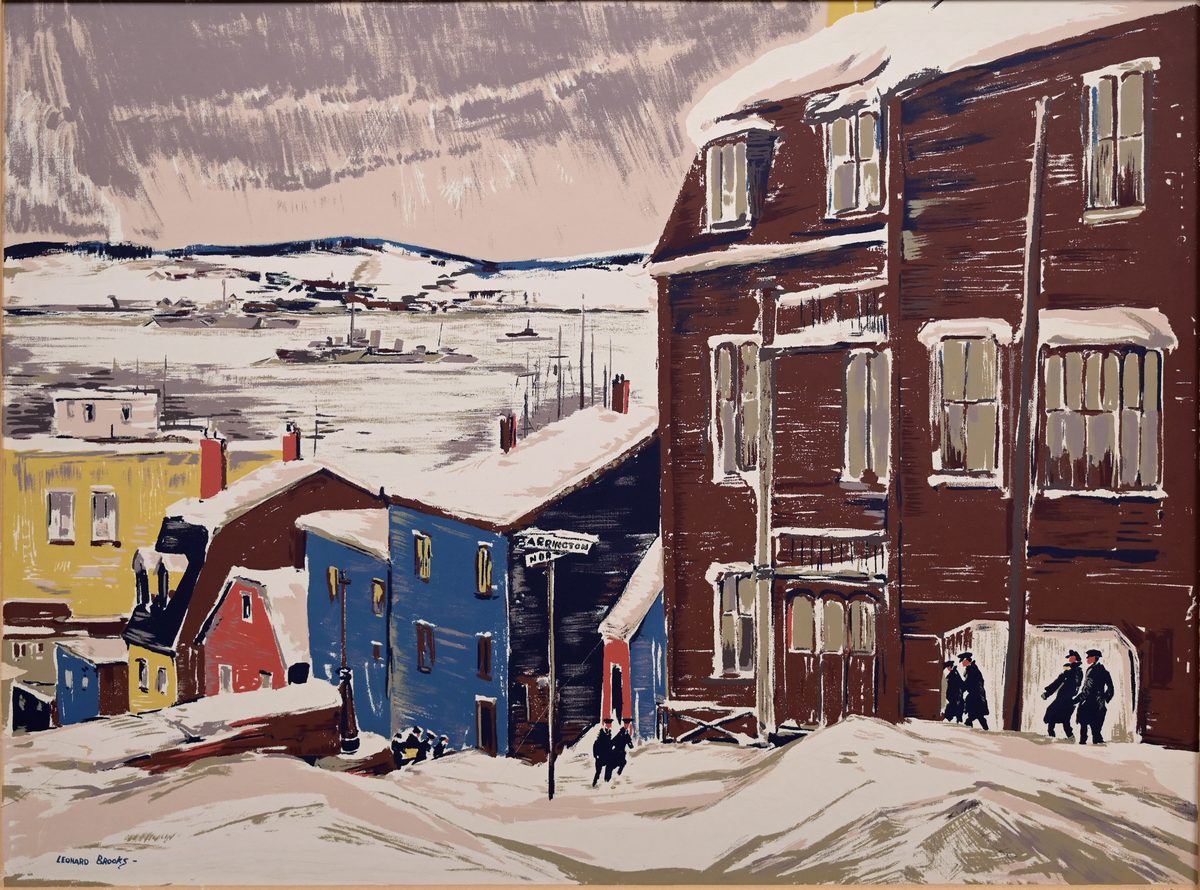