Lauren Stewart Harris was a founder and leading member of the Group of Seven and a lifelong experimenter who had a profound influence on three generations of Canada’s artists. Harris was born into privilege: his father was the secretary of a firm which became part of the Massey-Harris Company, the world’s largest manufacturer of farm machinery, and he was free to devote himself entirely to his art. He attended the Central Technical School and St. Andrew’s College in Toronto and from age 19 (1904-8) studied in Berlin. He was interested in philosophy in Eastern thought, and later joined the Toronto lodge of the International Theosophical Society.

In 1909, Harris began drawing and painting in downtown Toronto; two years later he was developing his art with J.E.H. MacDonald and Tom Thompson. In 1913, he and MacDonald went to an exhibition of Scandinavian art in Buffalo, New York, which inspired the men’s vision for a homegrown Canadian art born of the land.

Harris was the main driving force that brought together the varying talents and temperaments that formed the Group of Seven. With MacDonald, he financed boxcar trips for the artists to visit the Algoma region, northeast of Lake Superior. “Without Harris there would have been no Group of Seven,” said fellow member AY Jackson; “he provided the stimulus; It was he who encouraged us always to take the bolder course, to find new trails.”

During the 1920s Harris’s work became more abstract and simplified. His stark, radiant landscapes of northern Ontario and the Arctic, which he visited in 1927 and 1930 with Jackson, incorporated the Theosophical concept of nature, and are among the most powerful works of Canadian art. Never one to stop experimenting, Harris was the co-founder of the Canadian Group of Painters, which succeeded the Group of Seven in 1933. He moved into non-objective art and helped found the Transcendental Painting Group in Santa Fe, New Mexico, in 1939. The next year he moved to Vancouver, British Columbia, where he entered the abstract phase that would carry him through the rest of his career.

Harris died in Vancouver in 1970 and was buried in the grounds of the McMichael Collection in Kleinburg, Ontario. Since his death his paintings, especially his stark late-1920s northern works, have sold for huge prices, making him one of the highest selling Canadian artists of all time.1 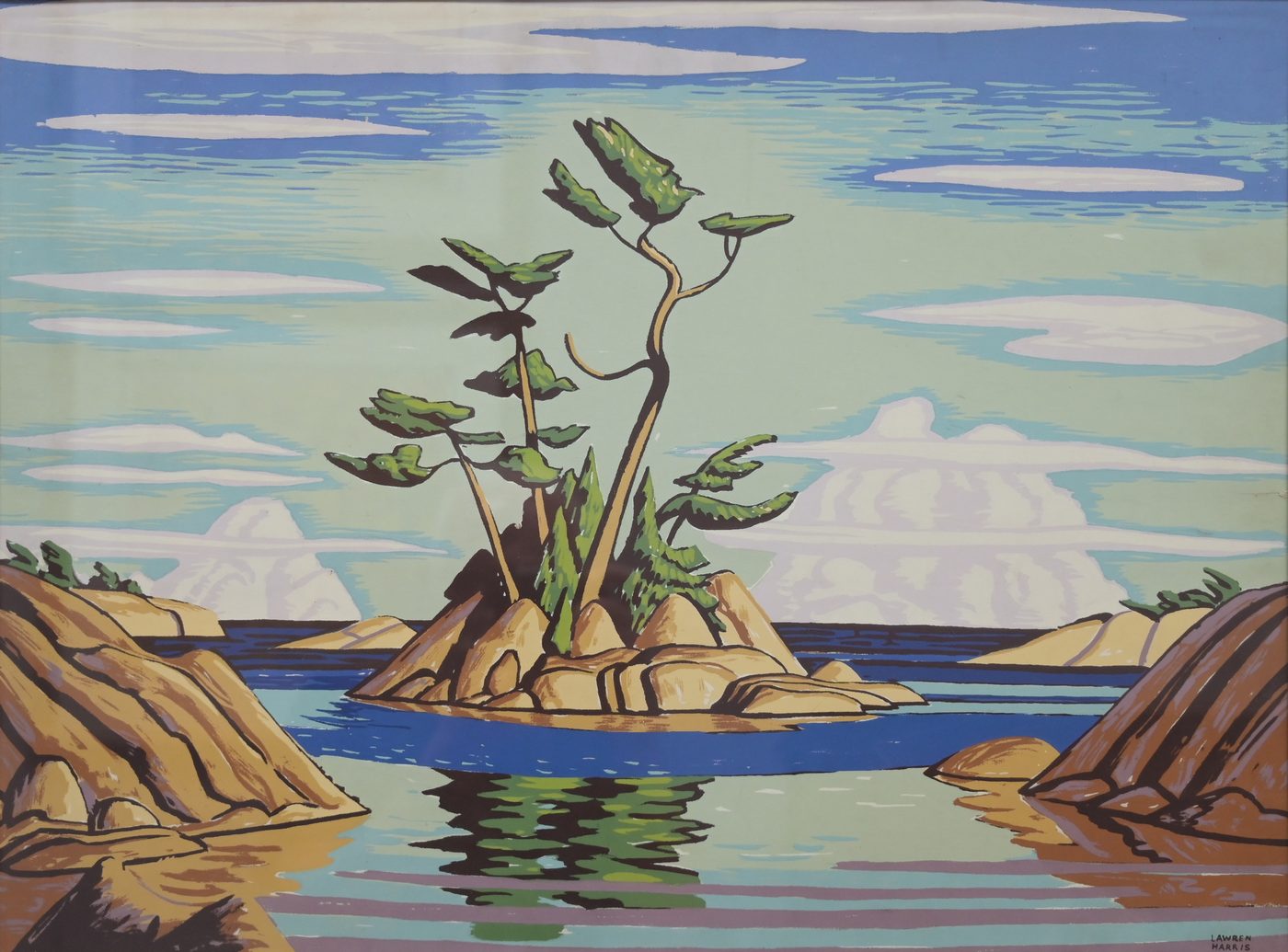