Born in Manchester, England, Syd Hallam came to Canada with his family at age 12. He studied art in Hamilton and Toronto before joining the art department at Sampson-Mathews around 1921. Hallam considered himself primarily in illustrator and worked his whole life in advertising, creating posters, displays and illustrations. His paintings of villages and historical landmarks featured in magazines such as Canadian Homes and Gardens and Maclean’s. Hallam sketched often with Franklin Carmichael and AJ Casson, his bosses at Sampson-Mathews. During the silkscreen program he was an able assistant to Casson, translating many of the designs for the printing process.1 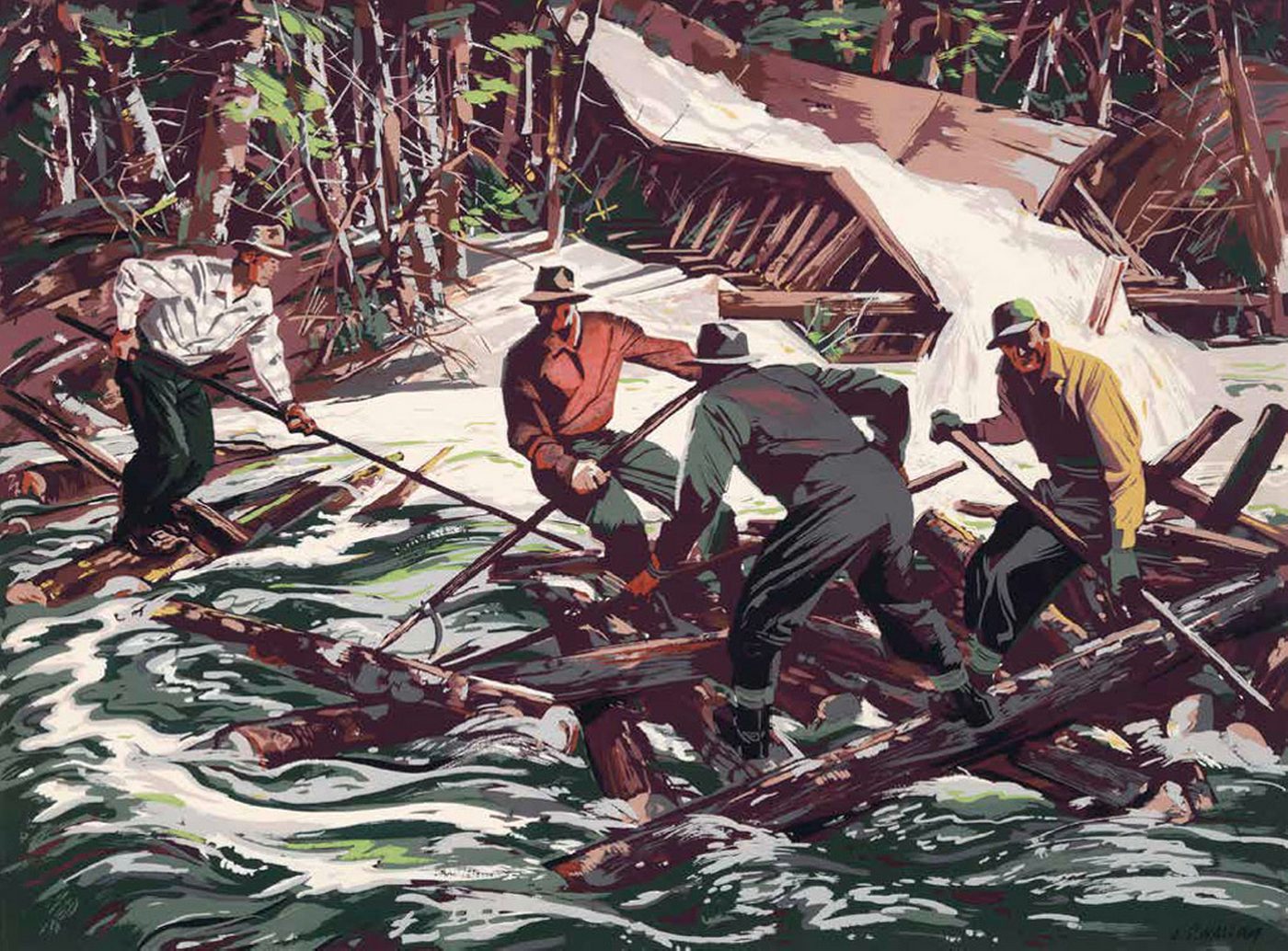 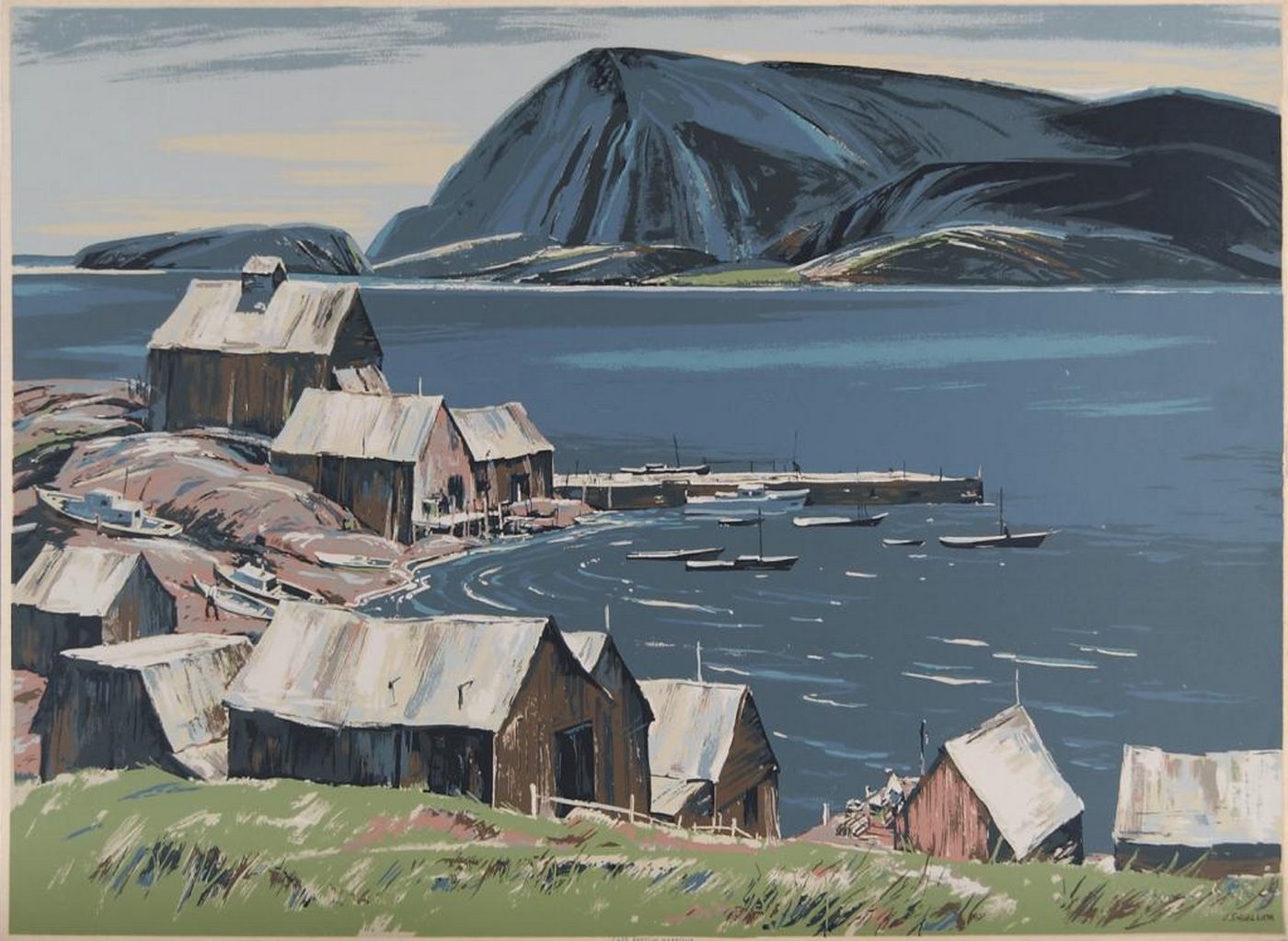