Born at Meaford, Ontario, Haines studied art at the central Ontario School of Art in Toronto and at the Academy Royale des Beaux-Arts in Antwerp Belgium. In 1924 his etchings were featured in a graphic arts show at the Art Gallery of Toronto. Four years later he became a curator at the same gallery, only leaving in 1932 to become principal of the Ontario College of Art, a position he held until his retirement in 1951.

In 1939 Haines became president of the Royal Canadian Academy; he also helped design a Victory Torch that was presented to the British Prime Minister Churchill to symbolize Canada’s pledge to help defeat Hitler.

Haines is best known for his gentle landscapes. In the catalog to a retrospective of his work held at the Art Gallery of Toronto in 1961, Charles comfort wrote that “Fred Haines was a whole man… he has made a very real contribution to Canadian life and culture and will always be remembered as an artist, an educator, an able administrator, a loyal friend, and a Christian gentleman.”1 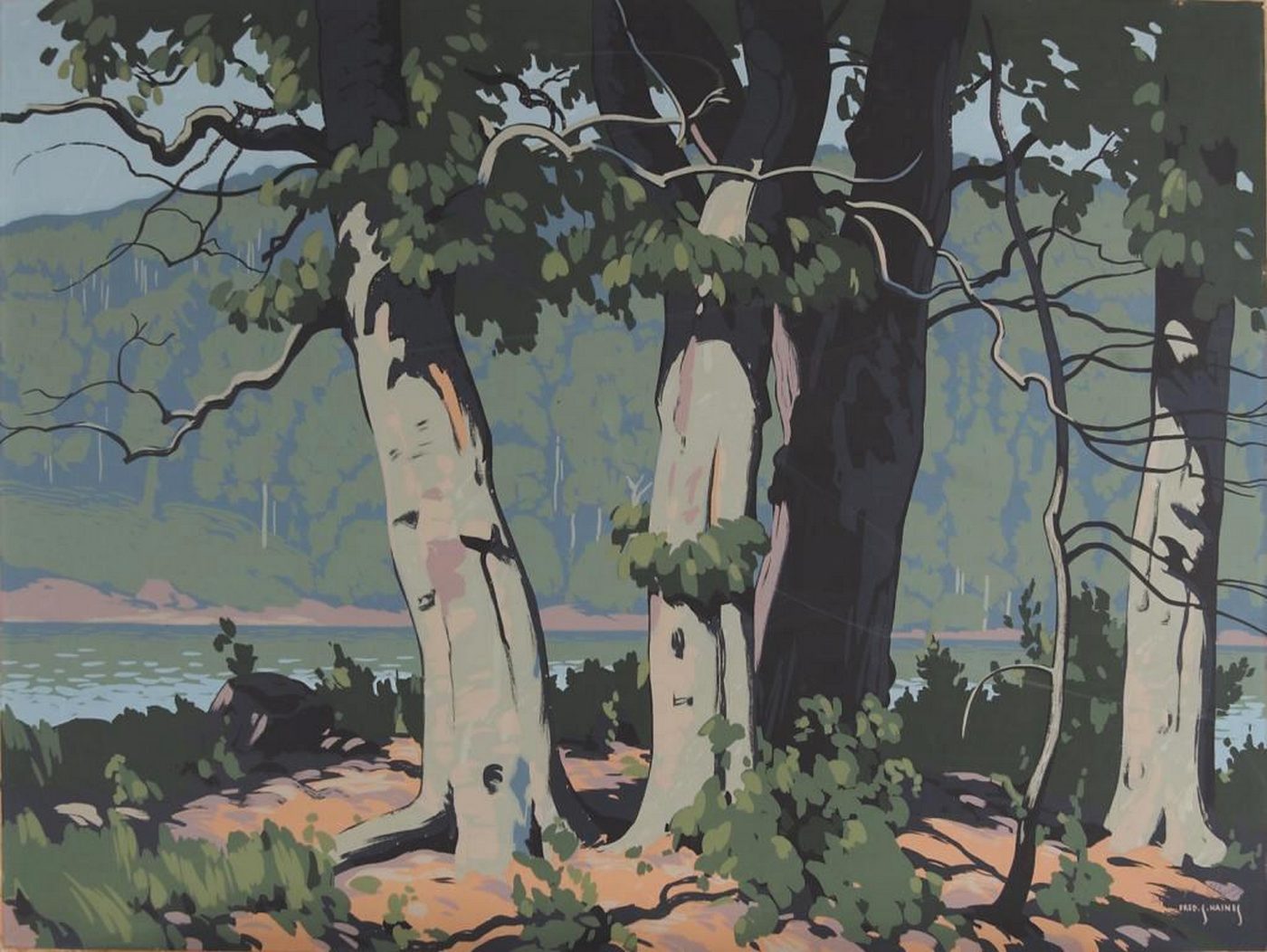