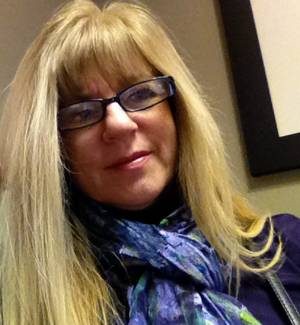 Doris Pontieri is best known for her series of birch tree paintings, in a mixed media technique which she developed, using charcoal, watercolour and acrylic. In 2012 her work was exhibited at the Société Nationale des Beaux-Arts show, at the Louvre in Paris.

Doris was raised in Toronto, and studied psychology and literature at Ryerson University. Now a multi award winning International artist, working in oil, acrylic and watercolour, her work is shown and sold from Europe to Australia. She has been teaching the art of painting in all mediums for over 20 years, with her students enjoying her emotional approach to art. Introducing for 2020 with Artworld Fine Art (now Donna Child Fine Art) a new series of online video art classes with full instruction and additional live Q & A sessions.

Doris was one of the first of 12 Canadian artists selected to represent Canada in December 2012 at the SNBA Show at the Louvre in Paris. She was given the high honour and awarded the Silver medal by the Society of Arts, Sciences and Letters of Paris for her career and body of work and was invited back to Paris to receive this award at a ceremony and gala in June, 2013 from President Madame Jacqueline Vermeer. While in Paris, her work was also exhibited at the Kameleon Gallery and the Jardin Gallery. As well, her work has been featured at the Brenart Gallery in Brussels, Florence, Venice, Cannesa and many other exhibits throughout France.

She has been invited back each year to exhibit at the Louvre in Paris December, representing Canada. Doris was thrilled to hear the news that Madame Marina Picasso (granddaughter of Pablo Picasso) had personally selected her paintings which were exhibited in Cannes, September 2013. She attended the exhibit where 6 of her paintings were on display and she had the opportunity to spend some personal time with Marina Picasso and discuss Canadian art. She has also been invited back to exhibit with Madame Picasso each September in Cannes.

Doris’ work has been featured in many international art shows including Art Expos in New York, Texas, Chicago and Philadelphia. She has had many exhibitions in Canada and has three wine labels depicting her art as well as the cover of ‘Caledon Living’ magazine. Also featured in the Toronto Sun, Mississauga GoodLife Magazine, Caledon Living Spaces and Fredi Magazine. She has been invited to exhibit in the Autumn Art Show at the McMichael Canadian Art Gallery for the past 17 years, ranking in the top 10 every year Prime and Global television has produced a documentary on Doris and her art titled ‘Second Chance’ which aired in June 2005. She was also featured on ‘Living In Toronto’ in March of 2008 working spontaneously with a musician. The summer of 2012 had Rogers TV and the CBC interview Doris regarding her work. She now has a book revealing her work and her thoughts entitled ‘Doris Pontieri…Art”

Paintings by Doris are in several private collections including the President of the Canadian United Nations and board members of Sunnybrook Hospital. In the spring of 2018 one of her paintings will be installed into the private collection at the Vatican in Italy.

‘Doris Pontieri has elevated art to a form of expression that requires close attention and due analysis of her work. Educated in the mastery of oil painting, the artist has found artistic expression in the form of all mediums. Her paintings are well balanced and spontaneous, with an eye for emotional effect. Her works are, “the purest, finest, sincerest things,” that I have seen in a long time.’

She continues her freelance writing career, as the senior arts writer and columnist for Tempo Toronto Magazine and feature arts writer for the Persian Tribune. She is also a regular contributor to the Barga News in Italy. Doris is a member of the Canadian Ethnic Media Association and an honorary member of The Canadian United Nations. She is also on The Board of Directors for the Canadian National Exhibition Association.

Doris is a founding Director of the Toronto West Arts Collaborative, a not for profit arts community offering assistance and all things art related for enthusiasts and artists alike. She has given several key note speeches and is a mentor for emerging artists.

“Painting has been a lifelong passion of mine, beginning as a child watching my mother paint from her heart. My approach to art is an emotional one. No pre-planning or sketching to ensure I don’t become restricted, which allows one brush stroke to determine the next. I try to put a little of myself onto each canvas, painting how things feel to me, rather than just how they look.”

View Doris’ Artwork on the Wall 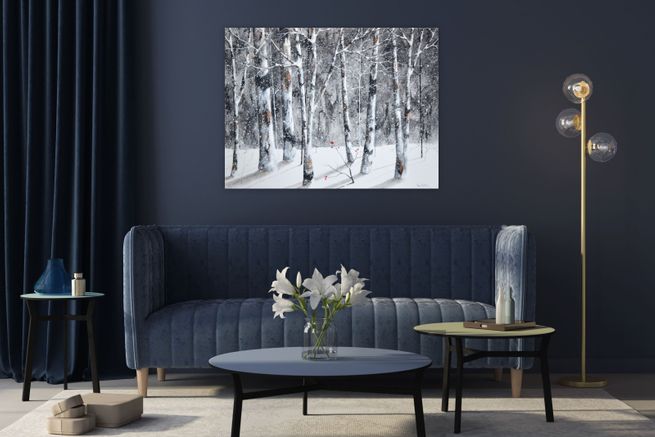