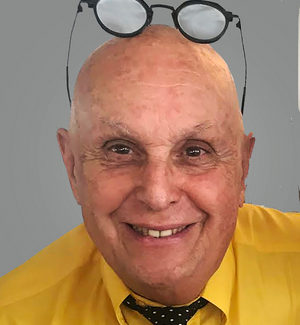 Charles Pachter is ONE of Canada’s leading contemporary artists. Charles is a painter, printmaker, sculptor, designer, historian, and lecturer.

Charles Pachter is ONE of Canada’s leading contemporary artists. Charles is a painter, printmaker, sculptor, designer, historian, and lecturer. Born in Toronto in 1942, he studied art history at the University of Toronto, French literature at the Sorbonne, and painting and graphics at the Cranbrook Academy of Art in Michigan.

His work has been exhibited at the Art Gallery of Ontario, the Royal Ontario Museum, and the McMichael Gallery. He is represented in public and private collections throughout Canada, and internationally. He has held solo exhibitions in France, Germany, Japan, the UK, India, and Bangladesh. He worked at Expo 67 in Montreal supervising the installation of 60 contemporary sculptures from around the world. He taught printmaking at the University of Calgary in 1969-70. He spearheaded Toronto’s Queen Street West revival in the 1970s and 80s by restoring 20 old buildings into facilities for arts usage.

His images of the queen, moose, and maple leaf flag are icons of Canadian contemporary art. McClelland & Stewart publications include an illustrated book on his life and work authored by Bogomila Welsh-Ovcharov. His murals of Hockey Knights in Canada can be seen in Toronto’s College Subway Station.

Mr. Pachter lives and works in downtown Toronto in an award-winning studio designed by Canadian architect Stephen Teeple. His work is on permanent display in his adjoining Moose Factory Gallery. From 2004-2014 in summer he painted in The ICE HOUSE, a waterfront studio converted from a 1920s ice storage depot on Lake Simcoe. His works are also displayed in MOFO – Moose Factory of Orillia- a former car repair garage he renovated in the heart of the historic Ontario hometown of Steven Leacock, Elizabeth Wyn Wood, Franklin Carmichael, and Gordon Lightfoot.

His paintings are in the Portrait Gallery of Canada, the Canadian Embassy in Washington, Canada House in London, the Parliament Buildings, the Prime Minister’s residence, and the Embassy of France in Ottawa. His solo exhibition on “The Loyalist Legacy and the Creation of Modern English Canada” was installed in the Charterhouse in London, Aug-Sept 2016, and a retrospective, “Quintessential Canadian”, was held at the Bangladesh National Museum in Dhaka, Feb 2018. Pachter’s steel and granite moose sculptures have been installed across Canada. His best-selling children’s books, M is for Moose, and Canada Counts, and The Illustrated Journals of Susanna Moodie, his celebrated collaboration with poet Margaret Atwood, are published by Cormorant Books, Toronto. Leonard Wise’s biography “CHARLES PACHTER: Canada’s Artist” was published by Dundurn Press in 2017.