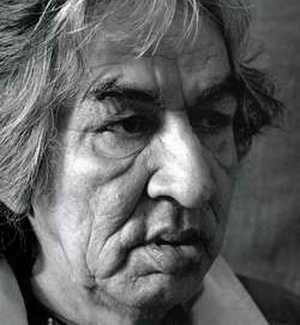 Norval Morrisseau (March 14, 1932 – December 4, 2007) is one of the most original and important artists; native or otherwise, that Canada has produced. Norval was the first to paint the ancient myths and legends of the eastern woodlands, stories previously passed down by the oral tradition.

Norval Morrisseau is one of the most original and important artists; native or otherwise, that Canada has produced. Norval was the first to paint the ancient myths and legends of the eastern woodlands, stories previously passed down by the oral tradition. He spent his youth in remote northern Ontario, near Thunder Bay, where his artistic style developed without the usual influences of other artist’s imagery. As the sole originator of his “Woodland Style” he has become an inspiration to artists that have followed.

Norval Morrisseau was born at Sand Point Reserve near Beardmore, Ontario in the early 1930′s. He was raised by his Grandfather who introduced him to Ojibway shamanism and told him the stories and legends that were passed down from generation to generation. Norval began producing images to illustrate these stories. He would draw on the sandy beaches of Lake Nipigon with a stick and let the waves take the images away. The Ojibway elders told him that it was taboo to relate these stories.

Norval was not man easily dissuaded by ancient taboos. He was steeped in the history and mythology of the Anishnabe (ancient Ojibway). He had a real sense of who he was and exactly what he wanted to do. He developed his style, adding striking colour to his paintings. Few in his community understood what he was undertaking and claimed him to be a dreamer. Morrisseau went everywhere attempting to sell his work, but there were not many sales. Morrisseau kept on painting.

In the summer of 1962 a young gallery owner Jack Pollock, who was teaching art in Northwestern Ontario, met Morrisseau and was in awe of his work. In September of 1962 Pollock took Morrisseau and his work south, arranging a show in his gallery and it was met with rave reviews and the show completely sold out. From humble beginnings in remote Northern Ontario, his work now hangs in some of the most prestigious Museums in Canada and around the world. He has received an honorary degree from the Royal Academy of Arts and is a member of the Order of Canada, the highest civilian honour in Canada. In 1989 he was the only Canadian painter to be invited to participate in the “Magicians of the Earth” exhibition at the Museum of Modern Art in Paris, France. He has had numerous shows across Canada and the United States.

Morrisseau’s work affects us in ways that are not immediately apparent. The artist’s intuitive use of the psychology of colour contributes to this worldwide following. Colour is very much a key resource in the artist’s repertory of symbols. White always denotes spirituality while light blue represents spiritual protection. His visions, like ancient taboos that have turned into dreams of the future, come to life on canvas and paper. They are talismans of the future and images of respect of the past. 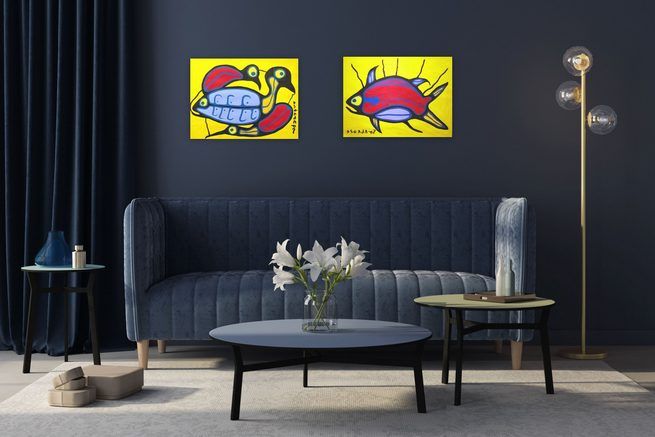 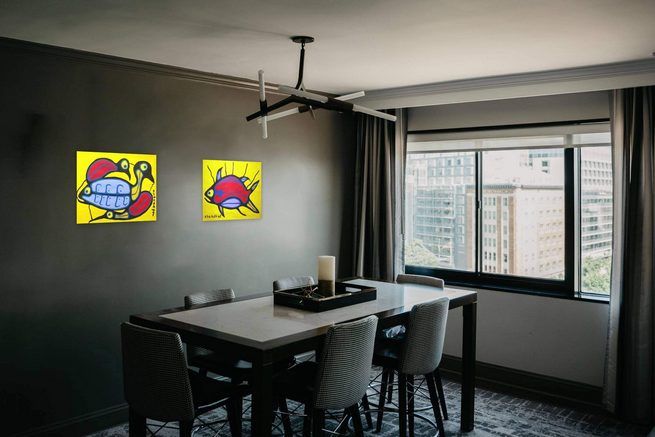