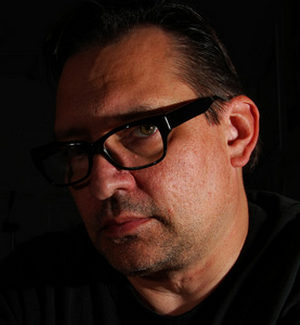 Charles Malinsky is an internationally acclaimed Canadian painter. His artwork is represented in many distinguished museums throughout the world and has been featured in countless publications. His extraordinary achievements throughout his career have made him of one of the most dynamic figurative painters working in the 21st century. He has been officially designated as a “Canadian Cultural Entity”.

Charles Malinsky was born in 1956 in Yorkton, Saskatchewan and grew up in the isolation of the vast Canadian prairies. He earned his diploma from the Alberta College of Art and Design 1978. He then spent his early years in Calgary as a graphic designer in educational Television, winning a number of international awards from the small, obscure station. Malinsky states, “The shear good fortune to be taken under the wing of a small group of the most talented and creative individuals I’ve encountered in my entire life, including Greg and Gary Crossley, Brian Huffman, John Blackie and Peter Ivens was a revelatory experiences for me.” In 1984, he took a posting at ACAD where he taught drawing. It was at this point where Malinsky changed streams and devoted himself to pure art. It took seven years of dedicated studio work for him to find his voice as an artist. His first pubic exhibition at the Fran Willis Gallery in Victoria, British Colombia created a sensation normally reserved for rock stars.

Malinsky’s suburban prairie upbringing provided him with a backdrop of physical and social isolation, obsessed with image over content. His early work thus became focused on the rift between what was experienced and what could not be said. Malinsky’s first exhibitions in the early 90’s, during a time when figurative painting was not considered a legitimate, cutting edge genre for art, flew in the face of the self created, intellectual elitism of the deconstructionist movement of the time by creating complex, rich, layered narratives accessible through his figurative approach. He first received critical attention for depicting the dark, disturbing undercurrents of mainstream life.

Charles Malinsky has recently returned to Canada after living for ten years in Madrid, Spain

“Of all the world’s warriors, artists are still the most noble and free.” ~ anonymous South African poet.

When I lived in Spain, the horrors of the Franco years were just beginning to be talked about. For years after the dictator’s death, these events had been a taboo subject. One of the aspects of his reign that emerged was the role that artists played in the failed revolution. Every artist that I met of the previous generation had spent time in prison; some had been tortured. Artists were particularly feared by the fascists; they had the power, and the voice, to speak compellingly against the brutal regime.

In a more haphazard, intuitive way, I have been trying to be that kind of artist – to lend my talent and my voice to the causes of reason and civility. The quality in art that I most admire is the kind of harmony and clarity that touches deep in the soul. This is what I am compelled to deliver through my images. My experiences in Spain were not responsible for setting me on this course, but they did provide a tangible, historic context around what I had always felt was my duty as an artist — to speak of the things we are not allowed to utter and provide lightening rods for collective feelings of anger, despair, and disgust. The
subjects of, and audience for, my work are universal; I privilege no particular age, no gender, and no social strata. Perhaps because of its universal message, my work hangs in the boardrooms of international business conglomerates and the studios of iconic musicians. But what I am most proud of is the affection that the under-represented, disenfranchised and disaffected have for my art.

I feel that my ability to communicate with the collective zeitgeist through pictures comes with a responsibility to speak up, and speak out. My passion for picture making is grounded in this desire to engage the deepest currents driving our culture and society today – forces rooted in history, spiritual identity, and belief. I had the good fortune, early in my development as an artist, to understand that my talent for representation was a potent device with which to address cultural ideas, ideologies, and dogmas. As an artist, I can present ideas that go against the canon, with deconstructive methods our most trusted institutions are unable, and unwilling, to embrace. My iconographic lexicon is at once clear and complex; my exclusive use of a black and white palette in my drawings and paintings is conceived to focus the work – to bring the maximum attention to the figurative form, compositional design, and gestural choreographies of each visual narrative. My reductive technique not only provides atmospheric dynamics, but also represents the erosion of our physical world. Charles Malinsky 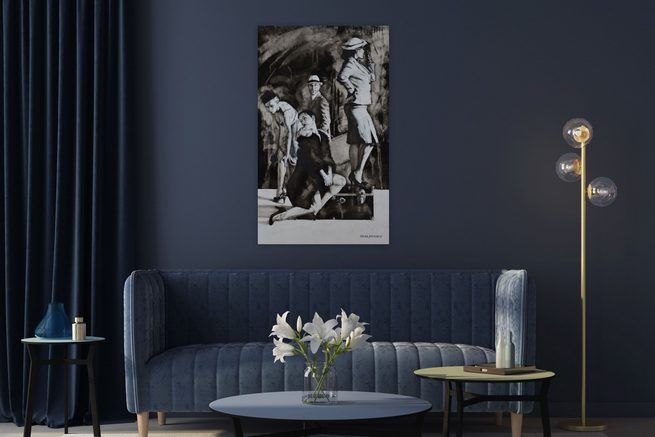 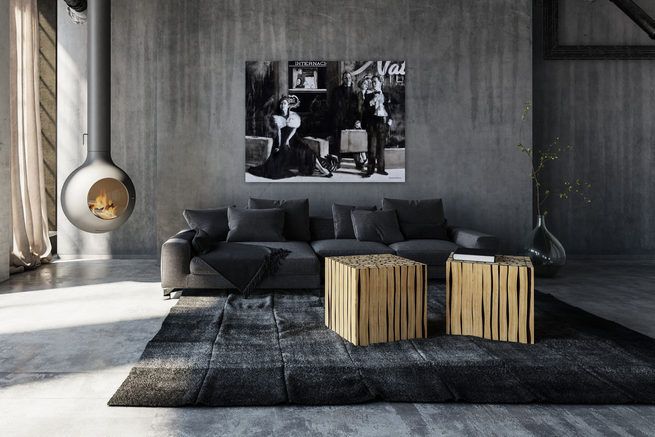